Cloudways and Kinsta are very similar on the surface. They both offer high-performance cloud-based web hosting. At a glance, the most likely difference you’d first notice is the much higher starting prices on Kinsta.

Yet, as they say, the devil is in the detail. Despite similar foundations, these two hosting behemoths have many differences that could sway a choice in either direction. If you’re looking for robust, reliable web hosting, this comparison will help you decide which to pick.

In this Cloudways versus Kinsta, I will compare both cloud-based web hosting in the following:

Kinsta is a considerably newer addition to the web hosting industry, but that’s not to they’re inexperienced. They emerged in 2013, exclusively serving the WordPress community. Unlike many big industry names, it’s also 100% self-funded, owned, and operated.

Learn more in our Kinsta review.

Cloudways is just as new as Kinsta and came into being in 2012. While it likewise operates in a niche market, its goal is slightly broader than Kinsta. Cloudways wants to bring cloud hosting to the masses by reducing the technical difficulty of hosting on such platforms.

Learn more in our Cloudways review.

Kinsta and Cloudways are both Platform-as-a-Service (PaaS) providers. There end the main similarities, though. Each offers distinguishing features that make its services stand out. Naturally, some advantages come at a higher cost to consumers.

Kinsta provides convenience to all levels of users. The basics of cloud hosting are greatly simplified, while advanced users still have access to granular detail like developer tools and a handy Application Performance Monitor (APM). The latter helps troubleshoot your WordPress website regarding bottleneck or performance issues.

You also get access to Cloudways Enterprise, which brings pretty good benefits. If you’ve tried Cloudflare’s free plan, think of this as the same, but on steroids. For example, you get a 100% uptime SLA guarantee, extensive support, PCI DSS compliance, image optimization, and more.

The Kinsta hosting environment is also exceptionally secure. It comes with all the bells and whistles you’d expect for the enterprise crowd. That includes Two-factor Authentication (2FA), daily backups, wildcard SSL, etc.

The biggest shortcoming of Kinsta is the lack of email hosting. While they offer several reasons for this, you simply can’t ignore the financial impact. That’s especially so if you heed their recommendation to use Google Workspace, which can drive overall costs up significantly.

Infrastructure-wise, Cloudways is similar to Kinsta with an unified management dashboard. The single control point lets you efficiently manage all your servers and applications. The main difference between the two is that Kinsta’s tools seem more well-developed than those on Cloudways.

However, Cloudways somewhat makes up for this by allowing you a choice of cloud infrastructure provider. At the budget end of the scale, options include Digital Ocean, Linode, and Vultr. The more demanding can instead opt for Amazon Web Services or Google Cloud.

Even more impressive is that you can mix and match infrastructure providers. For example, using the same dashboard management, you can simultaneously operate servers from Digital Ocean and Google Cloud (or all of them even).

Like Kinsta, Cloudways doesn’t offer email hosting with their package. They have, however, partnered with Rackspace, allowing you to take email accounts as an add-on service for as little as $1 per account. That’s excellent value for smaller businesses.

All Cloudways users also get access to their self-developed cache system called Breeze. I was initially skeptical, but after some trial and error, Breeze seems up to the capabilities of most commercial plugins and can easily replace many free options in the market.

Cloudways also makes a great show of announcing a partnership with Cloudways Enterprise. However, you’ll need to pay for this as another add-on for $4.99/mo. Still, it’s cheaper than trying to subscribe to Cloudflare Enterprise on your own.

Ease of use is the most critical part of both Kinsta and Cloudways. They aim to make this technical hosting category as simple as possible. Not just to make it more accessible but also for efficiency.

Why would you want to spend hours configuring a cloud service when you can deploy a ready-to-use server with just a few mouse clicks?

Kinsta Ease of Use

Kinsta is a Cloud hosting PaaS provider, meaning it offers you an easy management interface to handle your cloud service. In this case, it works exclusively with Google Cloud as the main base. In addition, you can only run a WordPress website – or some variant like WooCommerce – on Kinsta.

Using Google as the cloud base means Kinsta works with the cream of the crop. It’s especially significant for WordPress websites since Google Cloud is perhaps the best choice for data-driven workloads.

Don’t worry about being thrown into Cloud hosting, though. The jewel in Kinsta’s crown comes from its management interface, MyKinsta Dashboard. That simplifies the use of your Cloud account down to a level comparable with easy-to-use shared hosting. From here, you can navigate all management tasks from a graphical interface.

Cloudways Ease of Use

While equally as powerful as the Kinsta management interface, I feel that Cloudways could be touch and go for some users. The design feels more in sync with newer applications and could cause some confusion to those accustomed to traditional web hosting control panels.

To me, it was simple to use, though. However, novices quickly pointed out to me how come labels could be vague or technical, depending on their familiarity with certain services. One example is “Vertical Scaling,” which allows you to expand your server. For those unfamiliar with cloud services, that isn’t helpful at all.

Overall, though, the complexity of the dashboard isn’t too challenging, and most users should be able to get used to it fairly quickly. The mouse hover-over descriptions for each option are brief but will do in a pinch.

Having used many hosting services over the years, I’ve given up hope of finding great help consistently from a service provider. Kinsta and Cloudways somewhat prove me a cynic, but perhaps my expectations are too high.

Because of that, let’s consider what everyone else is saying about their support instead.

Kinsta has solid backing from its customers and manages a solid 4.4 score on Trustpilot. Their support teams seem to have the situation well in control. Once customer review that stood out to me mentioned,

“The first month, I had to lean on them heavily for support, and they never once complained.”

To me, this is a solid indication of the quality of service, especially for new users who may take some time to acclimatize to the environment. Too often, I’ve had to put up with support staff who either can’t be bothered with newbies or simply ignore them.

It also bears mentioning that support teams at Kinsta are highly specialized. That’s the advantage of a hosting provider in a high niche space. They can afford to hire support teams with skills in critical areas.

Cloudways customer support is quick to follow up with new customers. Assistance comes from a constant stream of email “advice” once you’ve signed up for any plan. The problem with what they do is that it feels out of sync with reality.

For example, within two days, I shipped two Cloudways servers and migrated several websites to them. Meanwhile, a week later, I was being sent email advice on using the Cloudways interface. As mentioned, it’s not terrible but passes on the feeling that they don’t care about individual customers.

Still, if you have a problem, get in touch with the team, and they’ll likely resolve any issues quickly. Jerry (the WHSR evil boss) has first-hand experience with this. It takes something for a web host to earn his praise, so I guess Cloudways customer support passes the test.

Plans and Pricing: Kinsta vs Cloudways

The first thing that comes to mind when most people see Kinsta prices is, “Oh my God!” While I initially felt the same, you should remember that the prices are pretty inclusive. For example, Cloudflare Enterprise is already worth a chunk of the cost.

What I liked less was the limitation on visits that each plan supports. For $35/mo on the cheapest plan, I expect to host more than 25,000 visits per month. There’s also less transparency here on exactly what resources you’re getting, short of the disk space allocation.

Of more dubious advantage is that those who opt for annual payment get two months free. That kind of works against the cloud pay-as-you-go concept. It’s simply trying to tie users into more extended contracts.

Cloudways’ prices vary significantly depending on which infrastructure provider you choose. You can get away with a cheap server for $12/mo at the low end, even with dedicated resources. The pricing spread makes sense and works for almost any user scope. Even better is their system of add-ons that allow you to expand capabilities for minimal prices.

One point of note is that Cloudways seems to try constant upsells and encourages users to move to their 2GB RAM plans, even if it isn’t strictly necessary. It’s just another example of their blanket approach to users.

Verdict: Should You Choose Cloudways or Kinsta?

I do not doubt that Kinsta offers an excellent service. However, it feels too restrictive in many ways. Being stuck on a single platform isn’t a massive problem, but I think Kinsta seems to be going slightly overboard price-wise. If there were better transparency in what you get for X dollars, it would be easier to swallow.

Because of that, I highly recommend Cloudways with a single caveat. Hardcore WordPress users can benefit from the specialized services of Kinsta. It does give them a sharp edge if that’s the space you operate within. 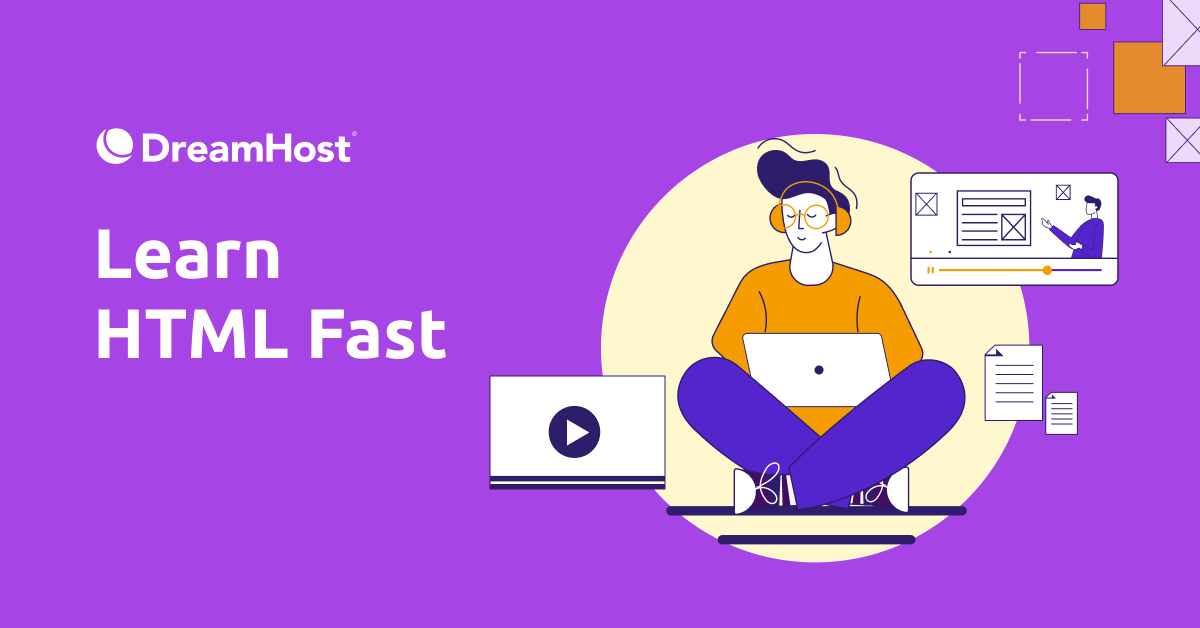