As a result of centralization, the Internet has been able to serve billions of users and build a solid foundation upon which it can continue to thrive. At the same time, the World Wide Web is controlled by a few central organizations, which arbitrarily decide what is and isn’t permitted.

This difficulty is solved with Web3. Rather than being controlled by a few major corporations, Web3 is a decentralized network established, maintained, and owned by its users. Individuals, not businesses, have sway on Web3. Let’s take a look at how we arrived at this point.

The Evolution of Web

Analyze how much the internet influences your day-to-day activities. It’s worth thinking about how the internet has impacted society. Platforms for social networking, in-app purchases, and the internet are undergoing yet another fundamental transition.

It’s common for people to conceive of the Web as a foundation of contemporary life that has been around since its inception. In contrast to this, today’s Web is substantially different from what was initially envisaged. This is best understood by breaking the brief history of the Web into two distinct periods-Web 1.0 and Web 2.0.

In the beginning, there was just one version of the web: Web 1.0. A large majority of participants were consumers of data, whereas the majority of the contributors were often developers who built websites that delivered information mostly in the form of text or graphics.

At the time, Tim Berners-Lee was working on the protocols for the World Wide Web at CERN, Geneva, 1989. He proposed the creation of open, decentralized protocols that would enable anybody on the planet to share knowledge.

‘Web 1.0’ was created by Berners-Lee in the 1990s. There was almost minimal interaction between users in Web 1.0, which led to it being dubbed the “read-only web” since there was so little user-generated material.

The beginning of the Web 2.0 era coincided with the launch of the first major social media platform in 2004. Read-and-write functionality eventually replaced the web’s original read-only mode. Instead of providing information to consumers, corporations have begun to provide platforms where users may exchange user-generated content and connect with one another. Previously, companies just provided content to users. As more people started to use the internet, a smaller number of the most successful organizations began to control an disproportionate share of the web’s traffic and the value it created. The income model that is fueled by advertisements was also born out of Web 2.0. Users were able to contribute content, but they did not own it and could not profit from its commercialization in any way.

The phrase “Web3” has come to represent a broad vision for the future of the internet. Blockchains, cryptocurrency, and NFTs are at the heart of Web3’s ownership-based model. P2P technologies like virtual reality, metaverse, and the internet of things may help make the internet more open and decentralized in the Web 3.0 era, which is now underway.

Web 1.0 users’ data were static, they could only read information, and firms were unaware of user activity. Web 2.0 allows people to read, write, and create online, helping corporations analyze user data. People may engage and exchange information via social media. In Web 3.0, algorithms will aim to analyze individual data and customize the internet.

Users in Web 3.0 will have total control over their data and the protection of encryption. Permission or case-by-case sharing of information is the only way it will be done.

You can keep track of your own data using Web 3.0. Trust issues aren’t as prevalent as they were in Web 2.0, when large corporations control our personal data.

The payment infrastructure of Web2 is supported by financial institutions and payment processors. To enable users to transmit money directly inside the browser without the need for a trusted third party, Web3 makes use of tokens like ETH and SOL.

Identity is handled quite differently in Web3 than it is now. Users’ wallet addresses are often used to link their online identities in web3 applications. New-age customers are wary of revealing personal information online because of the number of data breaches in the web 2.0 era. This problem will be solved by Web 3.0.

The World Wide Web of today is unrecognizable compared to the early days of the internet. If you look back even a few years, you’ll see that there have been significant changes. The beginnings of Web 3 are already starting to appear, although it is still unclear what its future will bring. As it plays out, it has the potential to significantly alter the way the internet functions, but it also has the potential to just result in tiny changes.

Web 3.0 is a far more significant advancement than just another technological iteration. It solves a variety of concerns that have yet to be handled with Web 2.0 technologies, such as security threats, poor customer experience, and a number of other conundrums that are currently being faced by browsers designed for the Web 2.0 standard. Companies in the data area are primarily concerned with the analysis and optimization of data and trends, the supply of data-driven solutions that result in data-informed choices, and the development of models that transform data insights into product suggestions.

Users will be able to sell their data directly to the companies, whichever they choose. These companies will then be able to deploy their data scientists to integrate and blend these new data sources with existing data sets to enhance learning models, and then sell the resulting insights. Data firms may build language models that provide the contextual understanding and then design solutions that are personalized for the user since data is connected up to user interaction on Web 3. Additionally, data firms are able to extract insights from raw data and then transform those insights into superior product suggestions. These enhanced product recommendations may then deliver a better customer experience that is mostly based on the expectations of the consumer.

Role of Data Scientist in WEB 3.0

With the introduction of Web 3.0, the job profile of a data is set to change significantly over the scientist coming years. As an aspiring professional in this field, you must be educated about all of these advancements in order to deal with them successfully and efficiently.

The expertise of a data scientist is crucial in the process of extracting insights from unstructured data. It is just a matter of time until open databases host an ever-increasing amount of information. Data scientists make raw data actionable. I can’t foretell the future, but a data scientist’s work will become harder as public datasets proliferate and consensus rises. This paper outlines the talent road map for a data scientist over the next few years and how firms may handle recruiting, training, and retention to remain competitive.

Data scientists will play a far greater role in the global economy in the Web 3 future. They will assist in the development of content or AI models that can organize and interact with other AI models to help organizations or enterprises tackle more complicated challenges or possible dangers.

This technology is evolving and intriguing, yet it has significant flaws. Data Science will only advance with Web 3.0’s arrival. Data scientists should know how this new technology affects them. Web 3.0 promotes new technologies for better data collection, processing, and visualization. This will improve data science and make it simpler for non-technical folks to utilize. Web 3.0 will provide new chances and appealing models for machine users to be more engaged and involved in curating, creating, and sharing data, which will surely induce diverse commercial and economic situations as unanticipated trends.

Getting Started With Docker Image 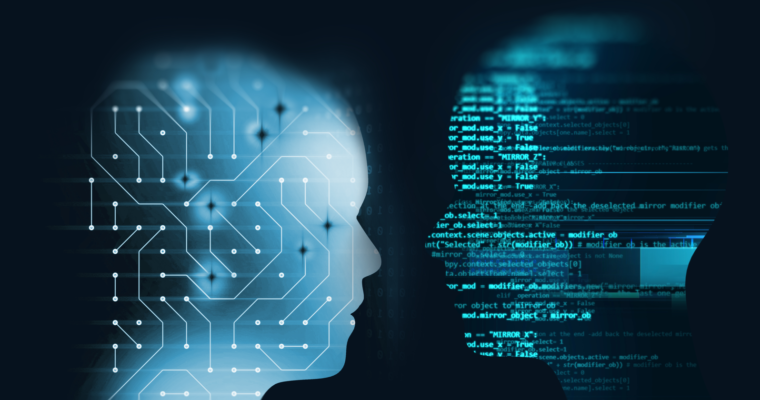 Partitioning and Bucketing in Hive

Reasons why businesses need a Document Management System
13 hours ago