Your finger slides along your phone screen until you see it. You scan the reviews, add it to your basket and check out. Easy. But wait…. did you just buy the perfect present? Or have you somehow subscribed to a new paid service you don’t need, with a poorly publicized handling charge thrown in for good measure?

Thanks to deceptive design, you just did both. Deceptive design, also known as dark patterns, is a set of tricks companies use to make us do things we don’t want to do. Misdirection has always been a part of business, but in the digital age, deceptive design has gotten next-level, encouraging us to buy extra products, download unnecessary software and share our personal details.

So what exactly are deceptive designs, how do they work and when—if ever—should designers use them?

Deceptive design through the ages
—

Shady sales tactics are nothing new. The very first writing was actually intended to prevent fraud—5000-year-old Mesopotamian clay tablets break down which farmers own which irrigation channels and how much beer workers get each day.

But inevitably, cunning salespeople and con got in on the artists, and as contracts, advertisements and wills became more and more commonplace, so did fraud and small print. By 1967, the US government was worried enough to legislate against bait and switch tactics, in which an advertisement shows one product, but consumers get another.

But it was the digital age that really changed the game. Good user experience (UX) design takes people where they need to go, while bad design leaves them frustrated. But deceptive design intentionally leads users to unwanted outcomes. And as e-commerce boomed, teams were under pressure to ramp up sales and collect customer data.

Digital interfaces let companies hide unwanted outcomes, use design and page architecture to misdirect, scrape personal data and slip in misleading requests when users are least expecting them. In 2010, UX designer Harry Brignull coined the term dark pattern: “A user interface that has been carefully crafted to trick users into doing things, such as buying with their purchase or signing up insurance for recurring bills.”

Now the more scientific-sounding “deceptive design” is preferred, and the trend is more visible than ever. A 2020 study of Google Play apps found that a shocking 95% used deceptive design.

So what types of deceptive design are you likely to see out there? There are many techniques, which often overlap and may be used in conjunction with each other. These are ten of the most widespread tricks.

In this sneaky tactic a site appears to ask one question, but thanks to its misleading wording, actually ask another. This trick often runs alongside confirm shaming, which tries to guilt users into choosing one option over another (“No thanks, I like paying full price”).

Example: See above for a great example of a retailer switching the meaning of its questions. You tick the first box to opt-out, but the second to opt-in: the unwary may just tick both.

In the physical world, bait and switch occurs when one product is advertised, but when you try to buy it you’re instead offered a more expensive or lower quality alternative. Online, it’s when you set out to do one thing, but another happens.

Example: On booking.com, users might expect the Download confirmation button to print a pdf of their booking; Instead it takes you to the App Store page to download the company’s app.

Here a button may look like it’s part of the standard navigation process or like the content on the page, but it will actually take you to an advertisement, often for an entirely different company.

Example: These are especially common when you’re clicking through windows to get to a download.

You hand over your payment details for a free trial of a service, then when it ends you’re automatically signed up for full monthly payments, rather than enrollment being left up to you.

Example: We’ve all been here—most subscription services are guilty. Try Apple TV (above), Audible and a whole heap of gym chains for starters.

Forced continuity wouldn’t be so bad if organizations made it easier to unsubscribe. But while signing up often just takes a couple of clicks, leaving a service may involve digging through nested menus, working your way through trick questions and having tiresome conversations with chatbots. Rejecting cookies is made just as hard: try this satirical cookie speed test.

Example: Even respected news outlets aren’t immune—check out the New York Timeswhere it took someone about 8 minutes to cancel their subscription.

You’re at the end of an online purchase—and may even have put in your payment details—when your basket mysteriously goes up in price. Something (often delivery costs or an administrative fee) has been added, and it comes late enough in your purchasing journey that you may barely register the change. A similar technique is “sneak into basket,” in which additional items (insurance, or a fee that applies to multiple items) appear.

Example: Common on many retail sights. Here’s a particularly evasive one from the payment platform Venmo.

Here, the design screams “look at me!” A large, visually heavy button that performs a function that’s valuable to the reader (like a transaction) pulls in clicks. Elsewhere on the page, options that the site wants you to skip past (like marketing opt-outs) are represented by drapber buttons or simple hyperlinked text.

Example: Vecteezy’s approach above is a good example of low key misdirection.

This common sales tactic can be leveraged particularly effectively online, with notifications indicating how many other customers may be interested in the same product as you, or how many items remain available.

Example: This wouldn’t be as deceptive if the notifications were reliable. But sometimes, as This Intersport example shows, the number you’re shown is randomly generated.

Some portals also confuse users by keeping information from them, particularly like-for-like prices. This makes it harder for users to compare prices and make an informed decision.

Example: Grocery giants are common offenders, as shown above.

Your new app wants your email or social media permissions to enhance your experience! Your experience may not be improved in the slightest—but your friends may get spam emails, apparently from you but actually sent by an app that’s hungry for more sign-ups.

Example: LinkedIn used friend spam in such an intrusive way that the company attracted the attention of the US justice system, and became a lesson in how not to do it.

Deceptive design and the law
—

Deceptive design is widespread because it is effective. As we use networked devices more and more, we spend more and more time navigating sign-up and payment pages, often at speed. As a result, dark pattern of use has soared, and many governments have tried to stamp down on the practice. For its friend scam campaigns in the 00s, LinkedIn received a $13 million penalty from US courts. Hotel chains including Marriott and Hilton were forced to stop charging hidden costs (in the form of resort fees) in the US in 2019. And legislation is only going to get stronger, with the EU working on a raft of laws and US states (led by California and Colorado) beefing up privacy regulations.

But deceptive design is not yet in retreat. And while some dark patterns are clear-cut, others are harder to evaluate. Two questions are at the heart of the debate. Did the design intentionally aim to mislead? And did it impact consumers? Designer and businesses will need to thinks carefully about whether their designs design user choice—the they do, the more likely legal action becomes.

Deceptive design and you
—

Understanding the techniques of deceptive design, and getting a sense of the legal landscape, should help you decide exactly how you wish to engage with it. See an example that makes you how with frustration? You can report it via the Dark Patterns tip line or @darkpatterns on social media to bring it to the attention of Harry Brignull and his excellent Deceptive Design site.

But no one—apart from the courts—can tell you whether you should or shouldn’t use deceptive tactics in your sites or products. Your attitude to deceptive design will depend partly on how dirty you’re prepared to get for short-term gains, and partly on your industry context—if, as in the T&Cs of the app market, everyone else is doing it, why shouldn’t t you?

The problem with chasing short-term transactions and sign-ups via shady tactics is that they rarely make for happy or loyal customers. If you don’t want customers to unsubscribe, there’s an easy approach (hide the unsubscription button) and a harder one (actually work to improve your service). But only one of those is a sustainable, long-term solution. And users are becoming increasingly frustrated with deceptive designs. One UK survey found that almost half of people would not want to return to a website where they’d suffered issues unsubscribing, while 90% believe roach motel approaches should be illegal.

Compare these underhand tactics with a clean, transparent design that speaks clearly but persuasively and makes all user functions seamless, no matter how profitable they are. With dark patterns so ubiquitous in some sectors, being honest and efficient can be a real point of difference

Ethical design, which focuses on values ​​such as useability, transparency, privacy and accessibility, is a keynote here. So is the “rule of reciprocity,” which says that if you’re generous, people are more likely to want to collaborate with you. That might mean offering a freebie such as a genuinely useful newsletter, but it can also mean giving clear information and opt-in options for your service, pricing and device permissions.

We’ve seen how deceptive design (or dark patterns) tricks users into doing things they might not choose to do. In the last two decades, as e-commerce has soared, so has the pressure to collect personal data, make sales and rope consumers into subscription models.

But definitive design is starting to look increasingly unsustainable as consumers and governments wake up to its fraudulent tactics. Many companies will keep using dark patterns, reaping short-term gains as they keep half an eye on the regulators. Others will build their company around a different vision that targets long-term loyalty, rather than trying to trap consumers who’d rather be somewhere else.

Our designers can help you create just about anything. 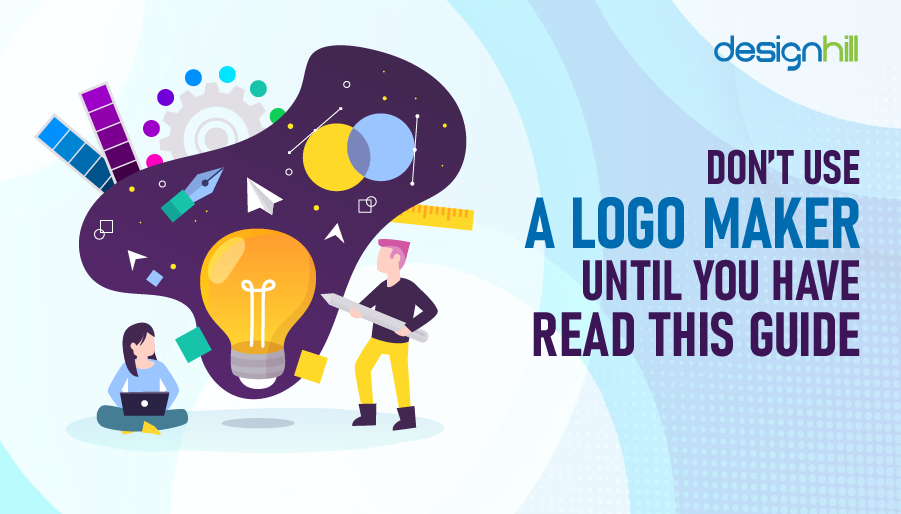 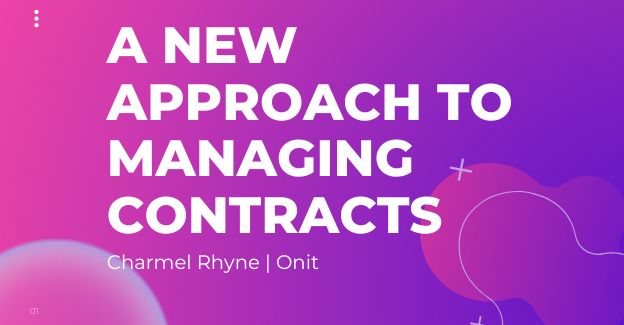 A New Approach to Managing Contracts 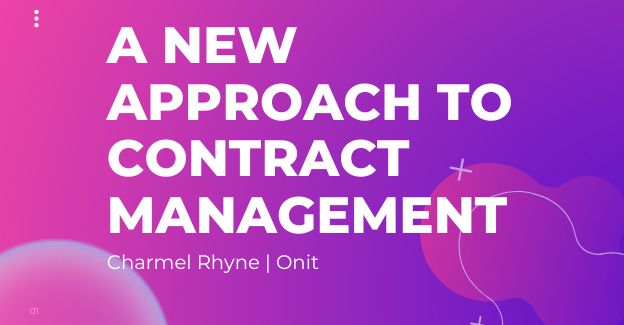 A New Approach to Contract Management 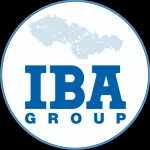